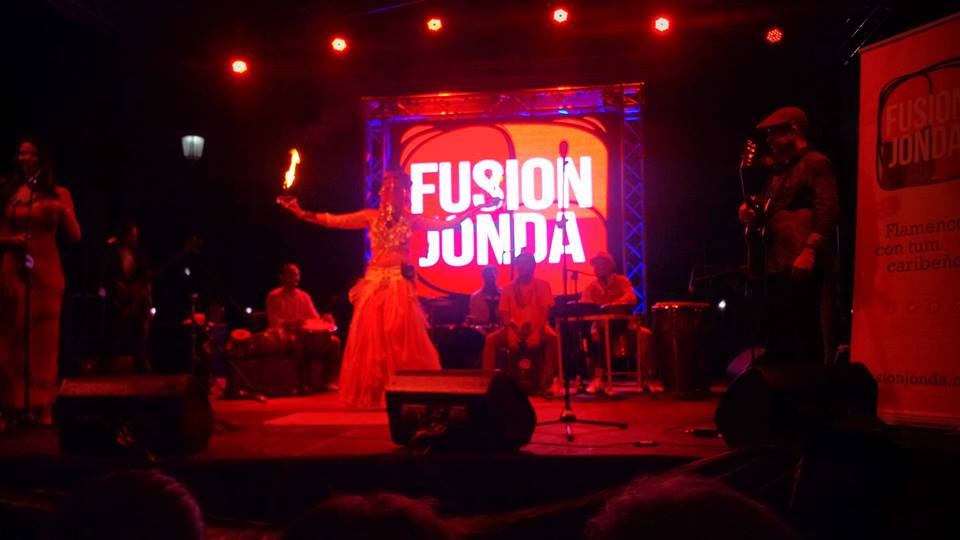 Last week we invited our readers to the Festival de la Hispanidad 2014. We had the opportunity to go to the first day of the event and made the following observations:

The main goal of our visit was to watch Fusion Jonda and we weren’t disappointed.  As I listened to this band, I thought about the stories of Puerto Ricans who leave Puerto Rico for any particular reason. Well, I have to say that the best are staying. These young professionals are making top of the line work, experimenting and producing a fusion of rhythms that I know will be heard soon in the great stages of world music. Songs we used to like but did not know how to dance now make sense, as the interpretation of Fusion Jonda of one of the best known songs by the Gypsy Kings, Djobi Djoba. Now you can dance it like salsa! These were my thoughts, as I listened to the band:

Other postings related to this article