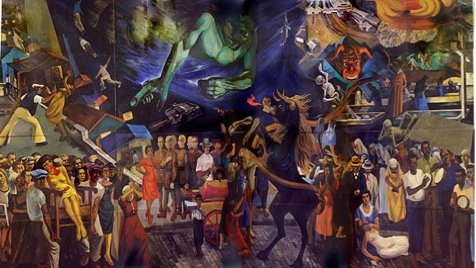 Plena is one of Puerto Rico’s native music rhythms. It is the music of southern, coastal Puerto Rico, especially around the city of Ponce. First appearing around the end of the 19th century, plena lyrics concentrate on providing information about contemporary events so it’s nickname became “el periodico cantao” (the sung newspaper). Originally plena was a sung accompanied by Spanish tambourines called panderos; later frame drums and guiro were added, and more contemporary plena saw the addition of horns. Plena songs are characterized by the repetition of phrases.